Opened in 1876, Saalbau Neukölln is one of the oldest cultural buildings in Rixdorf and has been remodelled and extended several times since. The most recent comprehensive redesign began in 1983 and Saalbau Neukölln, which had a theatre, concert hall, exhibition spaces and hosted Café Rix, was handed over to the Kunstamt (Department of the Arts) in 1990. Galerie im Saalbau was founded in the same year and moved into the exhibition spaces at the front of the building on Karl-Marx-Straße. The plain and modern facade from 1928 was retained for the gallery.

Since then, Galerie im Saalbau has been part of an important, historically evolved cultural space in Neukölln and plays a crucial role in the activities of the district’s cultural work. Three out of six annual exhibitions have been awarded to Neukölln artists by an independent jury of experts every year since 2014 in order to present the variety of artistic production in local studios.

Since 2017 Galerie im Saalbau has also hosted the nominee exhibition for the Neukölln Art Prize, which is supported by the Department of Culture and awarded in cooperation with Kulturnetzwerk Neukölln e.V. 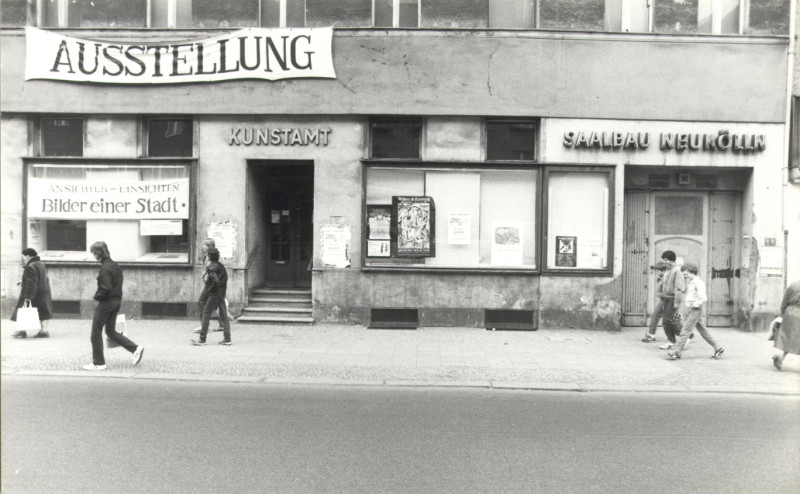 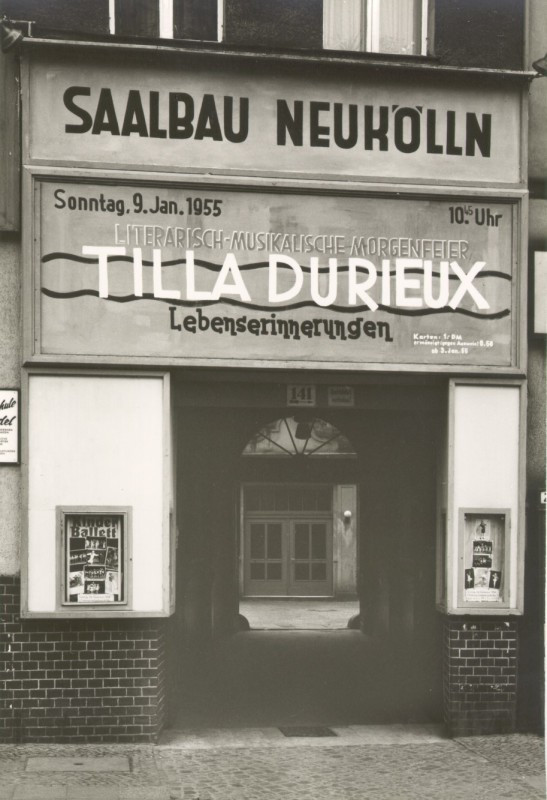